Drive High In Colorado, And You Will Get A DUI

Marijuana is now legal for both medical and recreational use in Colorado for those 21 years old and older, but driving high is not. As of January 1 in Colorado, you can use pot, but you better not drive under the influence of ganja, unless you are looking to get a DUI. The legal blood limit for active THC in your blood is 5 nanograms. Police will base arrests on observed impairment, however, not the level of THC. Even if you are subscribed medical marijuana, it remains illegal to drive under the influence of it. It is also illegal to have marijuana in the passenger area of a vehicle if it is in an open container, container with a broken seal, or if there is evidence marijuana has been consumed. Additionally, it’s illegal to consume marijuana on any public roadway. Essentially, a roach in your car ashtray, or the odor of cannabis can result in a DUI.

Colorado law enforcement officers are trained in the detection of impairment of alcohol and drugs, and many are specially trained Drug Recognition Experts (DRE). These officers have the ability to detect physical signs of drug impairment. DREs are viewed as one of the most effective law enforcement tools in efforts to reduce drugged driving.

DREs also use chemical tests for drugs. Colorado’s Express Consent Law requires any driver to consent to a chemical test if a police officer has reasonable grounds to believe the person is driving under the influence or their ability to operate a motor vehicle is impaired because of alcohol, drugs or both. Any driver who refuses to take a chemical test will immediately lose their driver’s license and will be classified as a persistent drunk driver. Consequences of refusal include revocation of a drivers’ license for one year, mandatory ignition interlock for two years and alcohol education and therapy classes as specified by law.

“As Coloradans now have more access to marijuana, we want them to be aware that law enforcement is trained to identify impairment by all categories of drugs and alcohol,” said Col. Scott Hernandez, Chief of the Colorado State Patrol.”

Here is the source law of implied consent courtesy of NORML for DUI in respect to marijuana:

The fact that any person charged is or has been entitled to use one or more drugs under the laws of this state, including, but not limited to, the legal or medical use of marijuana shall not constitute a defense against any charge of violating this subsection. Id. § 42-4-1301(1)(e).

A person who drives a motor vehicle upon the streets and highways and elsewhere throughout this state shall be required to take and complete, and to cooperate in the taking and completing of, any test or tests of the person’s breath or blood when so requested and directed by a law enforcement officer having probable cause to believe that the person was driving a motor vehicle in violation of the prohibitions against DUI, DUI per se, DWAI, habitual user, or UDD. Id. § 42-4-1301.1(2)(a)(I).

Neither the results of such preliminary screening test nor the fact that the person refused such test shall be used in any court action except in a hearing outside of the presence of a jury, when such hearing is held to determine if a law enforcement officer had probable cause to believe that the driver committed a violation of this section. The results of such preliminary screening test shall be made available to the driver or the driver’s attorney on request. Id. § 42-4-1301 (6)(h)(i)(III).

Generally, an arrested person has no right to consult with an attorney before taking a chemical test. Drake v. Colorado Dept. of Revenue, Motor Vehicle Div., 674 P.2d 359 (1984).

When an arresting officer invokes the sanctions of the implied consent law by requesting the driver to submit to chemical testing, the officer has a corresponding duty to comply with the driver’s request for a blood test. People v. Gillett, 629 P.2d 613 (1981).

Driving high in Colorado can land you in jail, and carries all the legal repercussions of drunk driving. Not only could you be striped of a drivers license, required to purchase and maintain an ignition interlock, have to attend and pay for mandated drug and alcohol classes, you will go to jail for driving under the influence of marijuana, no different from the consequences of driving under the influence of alcohol, and other drugs.

CDOT wants us to be aware of these penalties, and launched an educational campaign to alert Coloradans to DUI laws, especially in regard to marijuana consumption. The state Department of Transportation began airing three television ads as part of its “Drive High, Get a DUI” campaign in March of 2014. You can view these PSA’s here: 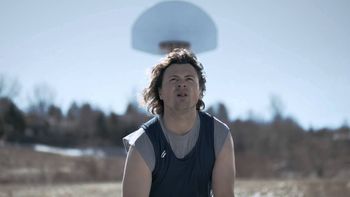 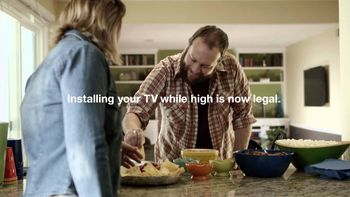 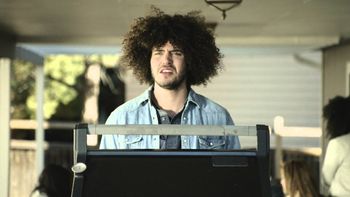