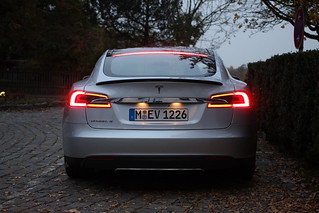 Every year, Consumer Reports releases its top picks for that year. The list is based on a number of criteria including reliability, safety, and performance data in addition to being tested by a team of engineers that puts each car considered through more than 50 different tests. This year, the cars that top the list may surprise you, since some of them are not at all what you’d expect.

The cars that topped the list this year were Japanese brands like Subaru, but some American made cars also won top marks too. The top sports sedan was the Buick Regal, which might surprise many, but testers found this car to handle like a high-end European luxury car, and that’s never a bad thing.

The large car pick was the Chevrolet Impala. A long time favorite of anyone seeking a fast car with a rugged engine, testers found the Impala to be big and roomy like a luxury car, but it also comes with excellent handling, which is something that you don’t see that often when it comes to massive cars like the Impala. If you have a road trip coming up or you travel a lot, an Impala isn’t a bad buy.

The best overall car award went to the American-made Tesla Model S, which is hard to compete with – but you will have to shell out more than $90,000 to get your hands on this car. So, maybe the Tesla Model S isn’t attainable by most (but it’s still a well-built car that impresses).

Then Come the Subarus

Consumer Reports testers have always like Subarus, and this year proves to be no exception. The Subaru Impreza snagged the compact car award; the Legacy grabbed the mid-size sedan award, and the Forester dominated the small SUV category. What is it about Subarus that Consumer Reports loves?

These cars are reliable, they are rugged, and they give consumers a really good deal for a dollar. Plus, Subarus are also affordable, and all wheel drive comes standard. It’s hard to find things not to like about a Subaru, so that’s why this Japanese car dominates the Consumer Reports list for another year. After all of the American and Japanese cars, was there any room for those luxury European models that are now more popular than ever before?

The One Luxury European Car

The only luxury European car that made the Consumer Reports list this year is the Audi A6. Testers said that the car handles very well, it is affordable as far as luxury cars go, and it has very good fuel economy for a car its size. Overall, Audi does well and dominates the luxury pack.

The Car You Buy

Should you base your decision about the next car that you buy on this Consumer Reports list? It all depends on how much you trust Consumer Reports, but they’ve been testing cars for some time now, so it’s worth giving some of the makes and models on this list a try. Plus, most of the cars listed here are affordable, which is also a nice touch. This is not to say that there aren’t cars out there that didn’t make the list and are worthy of your dollar – when it comes down to it, it’s all about what you like the most, right?

If you are going to buy a new car, make sure that you bring it to a shop that you can trust. When it comes to auto repair in Fort Collins, it’s hard to beat what Fort Collins Foreign Car Service has to offer. For car service in Fort Collins, we service both domestic and foreign cars, and we’re happy to show you why our clients love our shop!

If you need a mechanic in Fort Collins, call us today – we can’t wait to work with you! We’d also like to know what you think about this list. Come over to our Facebook page, and let us know if the car you drive is on this list!