Here at Fort Collins Foreign Car Service, we provide auto repair in Fort Collins. Nowadays, cars are much more than a luxury; they are a necessity for all kinds of things, including getting to work, feeding the family, and meeting friends. Because they are so important and integrated into our daily lives, we tend to take them for granted. But a lot goes into the cars that we drive. For your entertainment, here are some fun car facts and statistics that you may not have known. 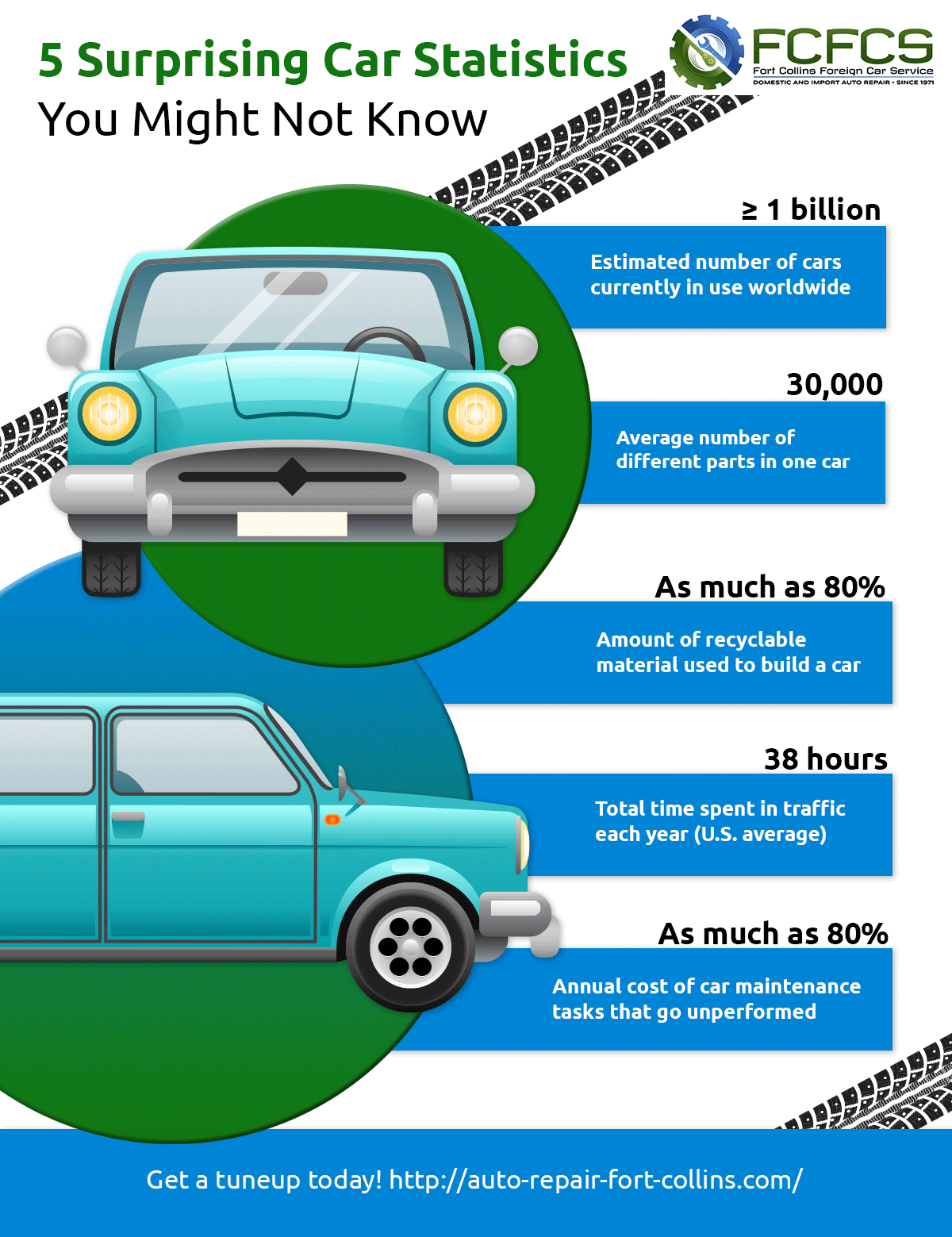 Cars have been around for almost 150 years. In that time, a lot of changes have been made. Here are some interesting car statistics.

A lot goes into making a car. Check out some of these fun car facts that you may not have known.

We hope you enjoyed these fun car facts. If you are looking for an auto repair mechanic in Fort Collins, then Fort Collins Foreign Car service is the place to go! Feel free to drop by our shop and see some of our work for yourself. For more information, please do not hesitate to give us a call today. One of our friendly and knowledgeable representatives will be happy to answers any questions that you may have.